I took two Toshiba Satellite M30 laptops the hinges of which were broken – on both. Additionally, the screen was inoperable on one of them.

The impression you get when you first speak to My Local IT. Guy, is a feeling that you are dealing with somebody who knows what he is talking about and this gives you confidence that your problem can be fixed.

It was then refreshing to find that not only did he know what he was talking about, he delivered on his word.

He also went the extra mile to do a really good job and ensure we were satisfied with his work. His approach was to keep us informed of progress made, which I found reassuring until it was finally time to collect the laptops. The hinges on both laptops were both repaired and remain sturdy, and the screen works again. I would recommend My Local IT. Guy as it is rare you come across a combination of technical skills with such customer focus at extremely fair prices. 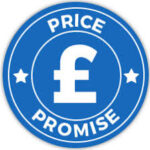 This means that you will never pay more than £50 +VAT in labour for any PC or laptop repair.

Open when everybody else is closed!

If you need IT support or computer repairs, you can drop-off and collect any day of the week!